Basic fact every diabetic should know 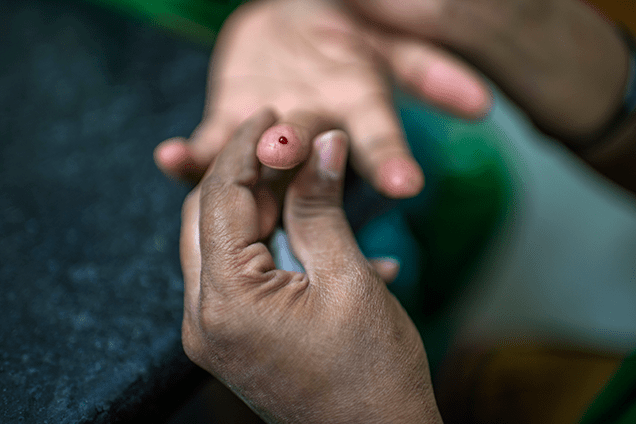 Basic fact every diabetic should know

All food items contain glucose and we eat food to get glucose which then provides us energy. Inadequate insulin release causes glucose accumulation in the blood and hence Diabetes.

After eating, the carbohydrate component of food is broken into glucose in our intestine. This glucose reaches in blood & then to cells of the body. This glucose needs to enter inside the cell to provide energy.

But glucose cannot enter inside the cell without help, called Insulin. Insulin is a hormone continuously released from the pancreas & this Insulin takes glucose inside of cells.

Food is converted to glucose & this glucose is provided to body cells with help of Insulin. Insulin is not a drug as most people think. It is a hormone produced in our pancreas. There is a continuous secretion of Insulin by the pancreas from birth to death.

Whenever we eat, glucose enters in blood, and as per the rate of glucose, the quantity of Insulin produced is increased by the pancreas. This extra amount of Insulin then shifts glucose coming from food to inside of body cells where it is utilized to provide energy.

If our pancreas does not produce a sufficient quantity of insulin or insulin circulating in the blood works less effectively, then after eating food, glucose enters in blood but cannot be shifted to body cells and thus its level starts rising in blood and this stage is called as Diabetes.

Thus in Diabetes, on the one hand, body cells are deprived of glucose and on the other hand, glucose circulates at a high level in blood & gets converted to various chemicals which damage the Eyes, Kidneys, Nerves, Heart, etc.
The aim of treating diabetes is to keep the desired amount of insulin in the blood, to keep glucose levels in a normal range. Any treatment strategy, which can keep Insulin level in the required amount, will help in keeping glucose level in a normal range.

There are 5 strategies to treat Diabetes. Diet modification, Exercise, Oral Drugs, Insulin, and Incretion based treatments.

Diet management aims to modify diet in such a way that it matches limited Insulin release. Thus all food containing a high amount of refined glucose or sugar is avoided. Diet should be balanced with a carbohydrate intake of around 60 %. It is observed that the Indian diet already has nearly 75 % carbohydrates and adding sugar and sweets makes this up to 80%. Thus diet modification aims to take such food which provides a slow glucose entry in blood.

Exercises increase the action of Insulin at the muscle level. This increased effectiveness of Insulin reduces the Insulin requirement of the body. It can be compared with a sprinkler system for farming where less water is used for more plants.

When after diet modification and exercise, if Glucose levels are high, then drugs like Metformin and Pioglitazone / Rosiglitazone are used. These drugs improve insulin action at the cell level. Other drugs like Sulfonylureas are prescribed to increase Insulin levels. These drugs can stimulate Insulin release from beta cells of the pancreas. There are incretin-based treatments also available which increase the GLP1 level effect. GLP1 has many effects including insulin release. Drugs like Sitagliptin, Vildagliptin, Saxagliptin increase GLP1 levels and this then releases Insulin. These drugs differ from sulfonylureas by the fact that they usually do not cause hypoglycemia as they stop working when glucose level becomes low. GLP1 analogs like Exenatide, Liraglutide are injectable preparation which also releases Insulin and help in weight loss and are very useful in the treatment of Diabetes.

But all these drugs themselves are not Insulin. To be effective, they require sufficient active beta cells to be present in the pancreas.

As the duration of diabetes increases, the number of Insulin-producing beta cells decreases, and at one point in time, even with maximum doses of oral drugs, Insulin release is inadequate. This is the time when Insulin is given as a prick with help of syringes, pen devices, And Insulin pumps, etc.
Thus, if we take the analogy of farming, Insulin can be considered as water. Tablets work as motor pumps, taking water [Insulin] out of the land [Pancreas]. If there is no water on land, then there is no sense in changing the motor pump, increasing the horsepower of a motor pump, etc. In this situation, an alternative arrangement of water like through tankers etc has to be done. Similarly, if there is no Insulin in the pancreas, then it should be replaced. It must be replaced without waiting for body organ damage by high glucose. Insulin therapy should be viewed as the most natural treatment for Diabetes.

Your email address will not be published. Required fields are marked *

The Heart Of Clinic 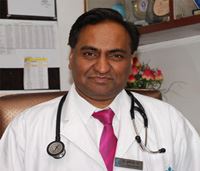 He is in clinical practice since 1995 and has given a new dimension to diabetes and hormone care in India. Author of many titles, Dr. Jain has many publications in medical journals of world repute.